ABN’s roots trace back to 1994 with the establishment of Polat Import & Export in Ankara, Turkey. Following Polat Import & Export’s success in parquet flooring and wooden decorations, on 1997 ABN Furnishing founded with two factories in Ankara to produce fixed & movable furnitures. In 4 years which can be accepted as a short period of time, on 2001 ABN Construction had been founded with the aim of putting the sign of ABN Furnishing to a construction from a to z in order to build up all the manufactured goods. It had set up wood, metal and detailed works under the name of ABN and, with the participation of partner firm SOHO Concept, continued the projects in the fastest and most qualified way. 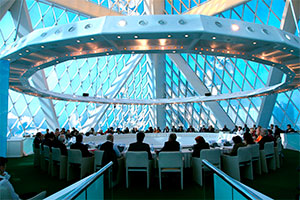 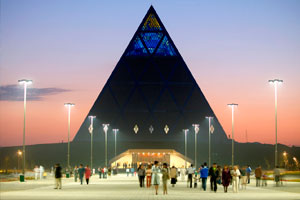 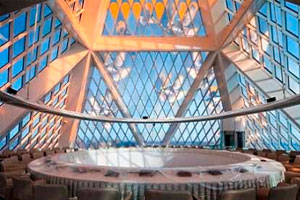 From the foundation on 1997, operations encompass the entire spectrum of projects while exhibiting steady growth in the projects’ scope and consolidating its position in the industry with each day. Expanding the scope of its national and global activities and maximizing its investment capital, ABN Construction experienced a period of accelerating growth while maintaining the highest level of customer satisfaction, considered as its most important asset.

Self-Financed Renovation System had been created by ABN for Financing Hotel Renovations which made a big impact and strenghten the bond in between Finance - Construction - Hospitality sectors.

The principle lays beyond of these achievements’ is completing the projects such as hotels, residences, social buildings and malls as well as sub and general contractor with the highest quality craftsmanship, on schedule and on budget. When meeting with experience, hard work pays off and the aim that ABN Construction had set on its establishment, met with reality. As a result, in the present day ABN Construction continuing its operations in Qatar – Doha, U.A.E – Dubai and Azerbaijan – Baku as well as Turkey.

And, continuing growth with sticking to bigger projects – better customer satisfaction to gain higher places in the sector.